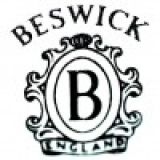 J. W. Beswick was a pottery manufacturer, founded in 1892 by James Wright Beswick and his sons John and Gilbert in Longton, Stoke-on-Trent. They are chiefly known for producing high-quality porcelain figurines such as farm animals and Beatrix Potter characters and have become highly sought after in the collectables market.In 1969 Beswick was sold to Royal Doulton, and although animal figures continued to be produced, by 1989, the Beswick backstamp was dropped in favour of the Royal Doulton Royal Albert DA backstamp. In 2004 the Beswick name
and product design rights were sold off. John Beswick name is now
owned by Darlington Crystal, which continue to produce animal
figurines using some original production moulds
Display: List / Grid
Show:
Sort By:
Product Compare (0) 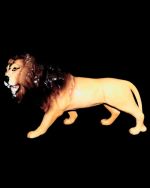